I can't say I have a very long list of WIP's, which you can see in the sidebar, but for me it is rather long, as some of these projects have been on the side for a very long time.

At the moment I am only working on two projects: the first one I have already begun at the end of last year and it is a map of England sampler I am recreating and designing as I go along.

You can see its progress in my previous posts and here it is an update photo: 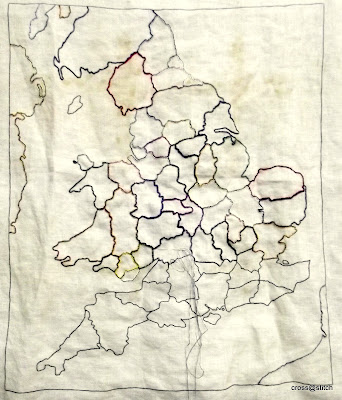 The picture isn't very good, as it is more colourful.

Stitching inside all counties takes a lot of work, but the worst it is yet to come, as I will have to do the counting of each one of the counties, so that I can design their names in cross stitch.
As I have seen in map samplers pics, the names of the counties should be written in capital letters and that will take a lot of space.

The second project I have already started this year, is a Needleprint competition called "A Mirror to my Art". Although I will give the updates on the project I won't be able to show any photos.

For the moment there isn't much to say, just that I have already got the mirror and I am around the design. I have also already decided I am going to embroider it in a traditional Portuguese stitch, which encompasses not only the stitches that can be used, but also the motifs. I'm very excited to see how it enfolds.

I hope next month I can say I have worked on other projects from my list...and that I have some finishes! That would be great.

A mammoth task Christina, I follow you with interest how you will do this:)) You are very good, just 2 wip's!!

Wow, you're good! I'm embarrassed to show my WIP list. lol! Love the map so far!

Looks absolutley wonderful, but I am a sucker for old maps... I love the linen color too.

What a wonderful and large project your map is! I look forward to seeing its progress!

OH lovely piece! Too bad I've all ready got my Olympic piece set or I'd want to do that one too. ;) 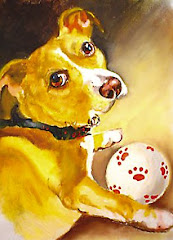